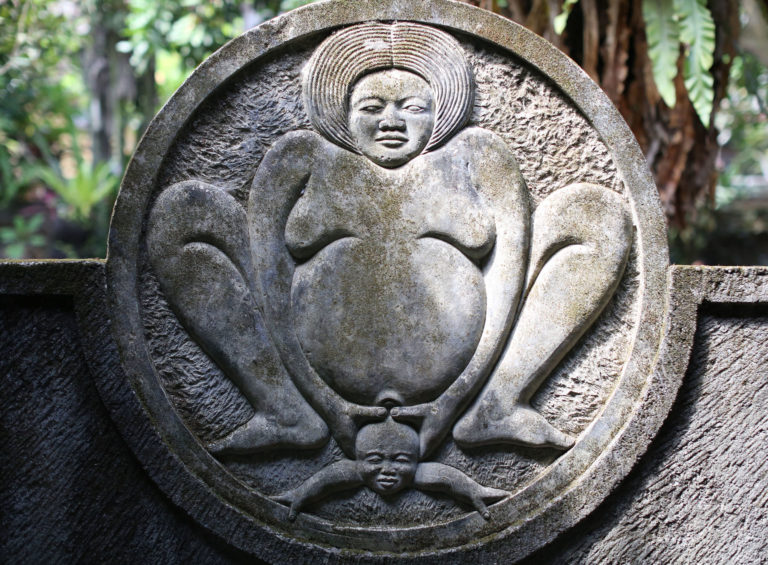 In 1995, Robin Lim moved to bali with her family. After giving birth to her youngest child at home, many local women began to come to her and ask for her help.

The village tradition of midwives has died out and many women had no choice but to give birth in a hospital, which was expensive. Robin and her team began to offer pre natal care, birth services and post natal care in the small village where they lived.

At the time, maternal mortality was high in indonesia  and Robin and her team felt they could offer a midwifery-based model of care that addressed the problem. The demand for birth services grew until Robin and her team decided to open a small clinic in Nyuh Kuning, near Ubud.

Over the next two decades, as demand grew, Bumi Sehat continued to increase its service offerings, until now the clinic offers a full range of pre and post-natal care, as well as birth center, infant and child health, a full range of both allopathic and Traditional Chinese Medicine for the whole family.

Eventually, the clinic outgrew its first home and since November 2017 has been housed in a specially-built, earthquake-proof facility in Nyuh Kuning – now almost four times the size of the old clinic.

In 2011, founder Robin Lim was recognized as the CNN Hero of the Year. Today, Bumi Sehat has expanded beyond health services to include other programs: